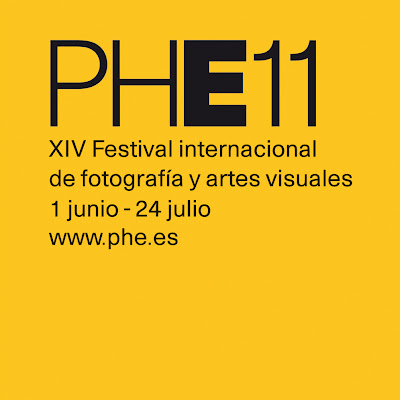 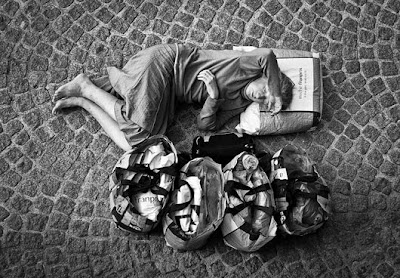 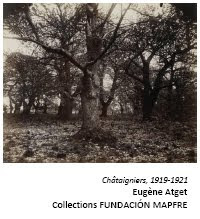 The FUNDACIÓN MAPFRE is delighted to be presenting for the first time in Madrid the work of the French photographer Eugène Atget (Libourne, 1857 – Paris, 1927), a unique master whose work made a crucial contribution to the history of photography. Atget’s enigmatic images inspired numerous artists over the course of the 20th century and continue to do so today.

The exhibition’s curators looked at more than 4,000 photographs by Atget, from which they selected 228. All taken between 1898 and 1924, they offer a portrait of the city of Paris and its outskirts and clearly reveal the evolution of Atget’s work. The prints in the exhibition have been loaned by the Musée Carnavalet in Paris, the George Eastmann House in Rochester and the collections of the FUNDACIÓN MAPFRE.

Eugène Atget did not train as a photographer and only turned to it in order to try to earn a living, having been unsuccessful in other fields. He started out in the provinces but soon arrived in Paris where he lived for the rest of his life. Atget worked anonymously and was considered a commercial photographer who sold what he called “documents for artists”, i.e. photographs of landscapes, close-up shots, genre scenes and other details that painters could use as models. Nonetheless, as soon as Atget turned his attention to photographing the streets of Paris, his work attracted the attention of leading institutions such as the Musée Carnavalet and the Bibliothèque Nationale, which became his principal clients.

It is in these photographs of Paris that we find the best of Atget, the artist who shows us a city remote from the clichés of the Belle Époque.
Atget’s images of “Old Paris” depict areas that had not been touched by Haussmann’s rebuilding and modernisation programme. We see empty streets and buildings, details that usually pass unnoticed, presented as rigorous, original compositions that offer a mysterious group portrait of the city.
The exhibition is organised into 12 sections that correspond to the thematic groupings used by Atget himself. They are: small trades, Parisian types and shops, 1898-1922; the streets of Paris, 1898-1913; ornaments, 1900-1921; interiors, 1901-1910; cars, 1903-1910; gardens, 1898-1914; the Seine, 1900-1923; the streets of Paris, 1921-1924; outside the city centre, 1899-1913; and the outskirts of Paris, 1901-1921.
In addition, this section is accompanied by 43 photographs by Atget from an album that belonged to Man Ray. The photographs are of typical Parisian types and locations, taken between 1899 and 1926. They were selected by Man Ray, indicating the immediate interest that Atget’s work aroused among the Surrealists. The first to appreciate his talents and importance were the photographer Berenice Abbot and Man Ray himself, both of whom lobbied to preserve Atget’s photographs.
The equipment and technique deployed by Atget links him to 19th-century photography. He had a 18 x 24cm wooden, bellows camera, which was extremely heavy and had to be supported on a tripod. The use of glass plates allowed Atget to capture every tiny detail with great precision. Also traditional was his printing method, on albumen paper made light-sensitive with silver nitrate, exposed under natural light and subsequently gold-tinted. Atget’s vision of photography was, however, an astonishingly modern one.

As a result, he inspired artists and photographers such as Brassaï, Cartier-Bresson and Roger Livet, the Surrealists, and Walker Evans, and he can also be considered the starting-point for 20th-century documentary photography.

In order to emphasise this theme, the FUNDACIÓN MAPFRE has organised a lecture series in which leading international experts will use Atget’s images in order to demonstrate his influence on later photographers up to the present day. The series starts immediately after the opening of the exhibition.
The exhibition will subsequently travel to Rotterdam (the Nederlands Fotomuseum, 24 September 2011 to 3 January 2012); Paris (the Musée Carnavalet, 17 April to 25 July 2012); and Sydney (Art Gallery of New South Wales, 21 August to 15 November 2012).
Publicado por María G Molina en 17:42 No hay comentarios: 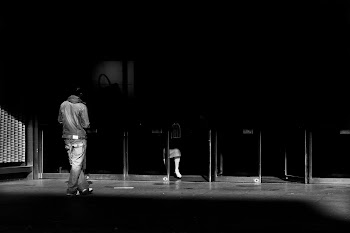 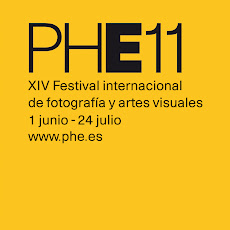 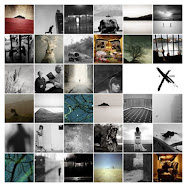